Joe Barton is the owner and Head Winemaker at Grey Wolf Cellars and Barton Family Wines. His parents, Joe Sr. and Shirlene Barton started the winery over 20 years ago in 1994, following their dream of owning a winery and building a family business for future generations to come. Joe Jr. attended Cal Poly, San Luis Obispo as a fruit science major and was tasked at the age of 23 with carrying on the family legacy and dream after his father tragically passed in 1997. He has made it his life mission the past 24 years to create a distinct style, sourcing from dry-farmed vineyards in the Paso Robles Willow Creek, Templeton Gap and Adelaida District AVAs. Farming is the core of his business. Understanding the unique microclimates of Paso Robles distinct AVAs identifies the best location for growing a variety of wines with regional character. Focusing on making hand-crafted wines from specific sites creates a dynamic portfolio of wines. He works with a selection of wine varieties including the heritage varietal Zinfandel, the classic Bordeaux varieties like Cabernet Sauvignon, both Rhone red and whites as well as some Spanish varieties.

Barton finds each vineyard offering a distinct character to the wine which complement each variety. His humble beginnings and hard work have brought him exactly what he wants – to make wines that represent Paso Robles. After twenty years of winemaking, he’s still captivated by tractors, bud break and turning fruit into wine.

Ryan started in the wine industry while attending Cal Poly, San Luis Obispo.  Looking for a part time job, he came across a job posting for tasting room help at Linne Calodo. After working in the tasting room for a few short months, he realized the wine business was something he was very interested in. Ryan finished his finance degree from Cal Poly, San Luis Obispo and spent an additional year working towards a Wine and Viticulture minor. The fall of 2007 was his first harvest, working alongside Matt Trevisan in the vineyard and cellar. Ryan moved on to work with Epoch Estate Wines for the 2008 and 2009 vintages, working in the Paderewski Vineyard and in the cellar through the 2009 Harvest. In 2010, Ryan returned to Linne Calodo and became the Assistant Winemaker for the 2010 and 2011 harvests. In 2012, Ryan took two assistant winemaking positions: Grey Wolf Cellars & Barton Family Wines and Lone Madrone. In 2015, he was offered Head Winemaker position for Grey Wolf Cellars & Barton Family Wines. 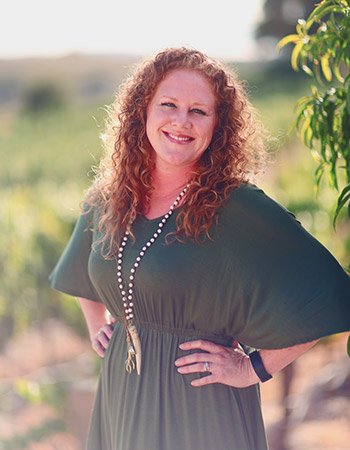